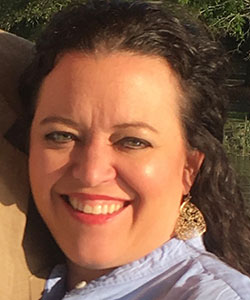 As a compact state nurse manager for Night Nurse Triage Services, Karen Holland, RN, sees the benefits of the NLC on a daily basis. Night Nurse offers triage services for patients of community-based pediatricians, family practitioners, internists and health care centers across the U.S. Night Nurse pediatric nurses take calls nationally from parents who may be worried about their children and are trying to reach their physicians after hours. This vital service helps to connect sick children with the medical care that they need. Holland has been with the organization for 11 years and oversees a staff of more than 30 pediatric nurses. She is also responsible for licensing coordination and assisting staff with their licensing issues.

As more states are added to the compact, this opens up a wider pool of candidates for Holland. “Bringing more states onboard means I have a lot more places I can work,” she says. “I just hired my first nurse from Kansas because they are now a part of the NLC. I hadn't been able to do that before. I also just hired a nurse in Georgia and two nurses in Florida -- until those states came onboard, that wasn’t an option for us. It’s exciting because I’m able to reach out to more nurses throughout the country to bring them onboard. That’s certainly an advantage for me.”

In addition to giving a nurse the ability to practice in multiple states, the NLC also enhances public protection and access to care. Holland explains how expanding the compact can help during weather-related emergencies. “Throughout the years with Night Nurse, we’ve had different weather disasters. When Hurricane Sandy hit, we had practices in Massachusetts, New York and New Jersey. We were concerned about our staff, but we also still had calls coming in. In those circumstances, if I have a nurse willing to step in because of an emergency, can she still take a call if she's not licensed in that state? If we were all in the compact, we’d be covered -- that would be a huge advantage.”

Holland also sees the benefits of a multistate license for her staff. “I believe it opens them up to so much more, instead of limiting them based on where they live or what's available to them regionally or within their state,” she says. “I think that multistate licensure creates opportunities for nurses, like my position with Night Nurse.”

As a practicing nurse for 22 years, Holland has experienced the advantages of the compact firsthand, not only in her current position but throughout her career. Since graduating from nursing school, she has been fortunate to reside in several NLC states. From graduation to getting married and starting a family, Holland has relocated three times and her career has never been impacted by these moves due to licensure concerns. “I was able to easily inactivate my North Carolina license and activate a Tennessee license,” she says. “And eight years ago we moved from Tennessee to South Carolina -- again, there was no delay. Within a week of moving into our new home I was up and running. All I had to do was write to the South Carolina Board of Nursing, mention the change in residency, and convert my Tennessee license to a South Carolina license.”

Others she knows and has worked with have not been as fortunate. “Personally, I know how it has affected me, but for others it’s been a nightmare because they're not moving from compact state to compact state and they have to obtain additional licensing. I’ve seen how difficult and frustrating it can be to obtain a license. I've known family members who were in the military and because they weren't moving into compact state there was a huge delay. Nine months or more, and your husband’s out at sea and you don’t have the additional income that you need.”

Currently, a nurse with a multistate license would be relieved of the licensure burden in 34 states. For nurse managers like Holland, and their patients, expanding the NLC across the country would enable them to provide better access to care. When asked how many states she would like to see in the compact, Holland doesn’t hesitate: “All of them.”