Every two years, NCSBN partners with The National Forum of State Nursing Workforce Centers to conduct the only national-level survey specifically focused on the U.S. nursing workforce. The National Nursing Workforce Survey generates information on the supply of nurses in the country, which is critical to planning for sufficient numbers of adequately trained nurses and ensuring a safe and effective health care system.

We are excited to announce that the 2020 National Nursing Workforce Survey is now active. Surveys were mailed out in February, and results will be disseminated at the end of the year in the Journal of Nursing Regulation. If you have any questions, please contact the NCSBN Research Department at research@ncsbn.org.

This study represents a national, randomized survey of 148,684 Registered Nurses (RNs) and 151,928 Licensed Practical/Vocational Nurses (LPN/VNs). Data were collected between August 28 2017, and January 15, 2018. Participants were able to submit their responses via mail or online until the survey closed. In total, 48,704 RNs (32.8%) and 40,272 LPN/VNs (26.5%) responded to the survey. A nonresponse analysis was conducted, and a weighting scheme was used in the analysis process to adjust the distribution across states, age, and gender in order to estimate population-level statistics. Selected results from the 2017 RN and LPN/VN surveys are below: 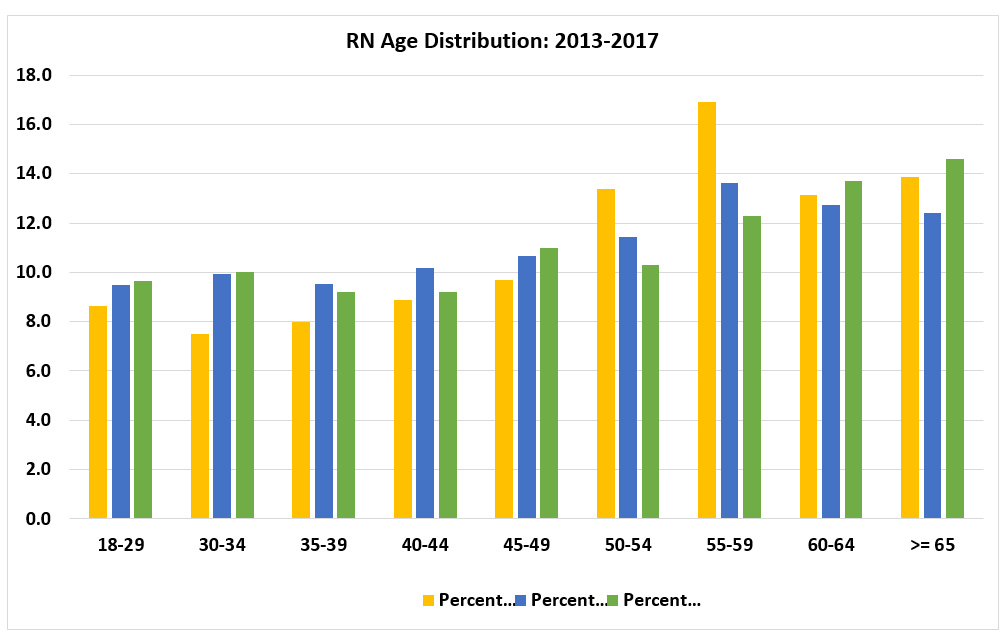 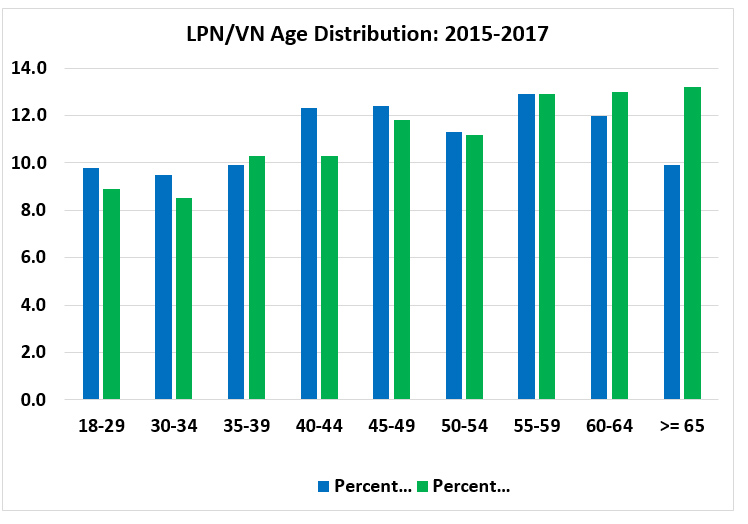 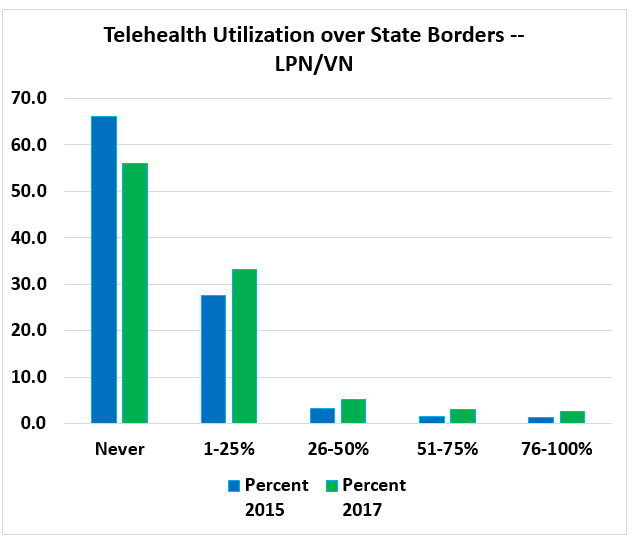